Bolt’s pictures and “Kids with cameras”

It is somehow refreshing to see the world from a different perspective from time to time. The photos Usain Bolt’s took with Jimmy Wixtröm’s camera give us a hint of how it is to always have cameras in your face and a whole world watching every step you take on the field. 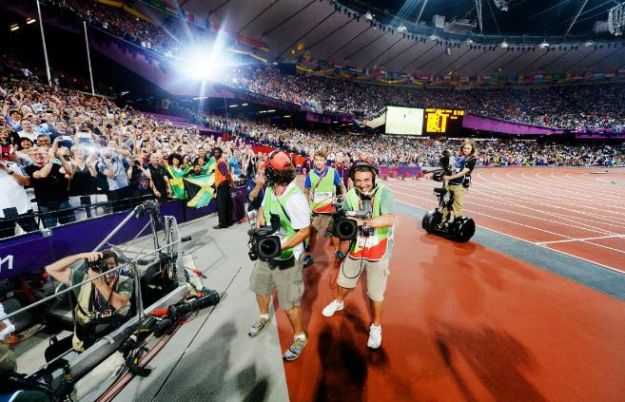 Bolt’s photos makes me think of research projects in which children have been given cameras to help them tell stories about their everyday world.

Kids with cameras is similar and very interesting and important project which got its start while making the film Born into Brothels*, by Ross Kauffman and Zana Briski. Zana Briski, a New York-based photographer, gave each of the children a camera. The film is a portrait of some children who live in the red light district of Calcutta, where their mothers work as prostitutes. The film won the 77th annual Academy Award for Best Documentary Feature because it is “a tribute to the resiliency of childhood and the restorative power of art. Kauffman says in an MSNBC interview:

“The film is really about the incredible creativity of children, that indomitable spirit of childhood that can’t be crushed by just about anything. The kids really take incredible photos, and end up having a gallery show, and in the end some of them finally get into schools. So, that’s really what the film is about. And the organization Kids with Cameras is really born out of that film.”

Jason Eskanazi did a “Kids with cameras” project and took 24 cameras to Jerusalem where he held a photography class within a project he called “Beyond the Wall”.

*I can not refrain from referring to the debate and critque the film has received for using hidden camera work to present the children’s parents as uncaring, for ignoring the prostitutes’ substantial efforts to unite, and for harming the global movement for sex worker rights and dignity and for perceived racist stereotyping. The film has also been viewed as exploiting the children. This is an interesting discussion within art as well as research – there is a very fine line between exploiting our respondents and “help ourselves” and giving a voice to the unprivileged or marginalized in society (next blog entery about this subject).

← Sharing or stealing and copyright
Symbolic violence or empowerment? →