Apparently a delegation of men (yes, ALL MEN) from Finland will represent the Finnish design scene (and WDC) in Cape Town. This according to Alternative Design Capital 2012 Helsinki (ADC 2012) facebook page. Heading them is the minister for European affairs, Alexander Stubb. I am sure he knows a lot about culture and how to design a great World Design Capital…This group of MEN are going because Helsinki was the World Design Capital in 2012 and Cape Town will have the honor in 2014. This meeting will provide “a unique opportunity for furthering partnerships between Finland and South Africa at many levels”.  In the African team there is one woman and two man = 1/3 women.  I wonder if there are any independent – indie designers along on this trip?  There seem to be some really good Design Capital initiatives in Cape Town and many are more progressive than Helsinki 2012! The group from Helsinki should have gone on this trip BEFORE 2012. This just shows that in Finland we are underdeveloped on so many levels often without knowing it.

I am happy to hear that people from ADC are going too! They are going to Cape Town to infiltrate the city via virtual networks – will be interesting to see how they do it, I am waiting for a report.

There are many interesting WDC initiatives in Cape Town.

Apartheid planning has not only created impoverished communities and neglected landscapes, but even the very relation between the two has been severed in the minds of many people. During the 50 years of apartheid, the city’s resources and developers’ interests were directed towards other areas than Cape Flats. Not a single park was built here during this period. At the same time, critical natural areas have been lost or degraded by pollution and uncontrolled urban encroachment. The ecological services that they provide are today severely compromised. The absence of connectivity between wetlands, rivers and the surrounding land has had a major impact on biodiversity and the functioning of fresh water eco-systems. …..Cape Flats is a crucial landscape for spiritual expressions of Capetonians. The question becomes – How to direct change towards spaces that are inclusive, safe and meaningful for all citizens? How to develop spaces that connect to the everyday life of the communities? 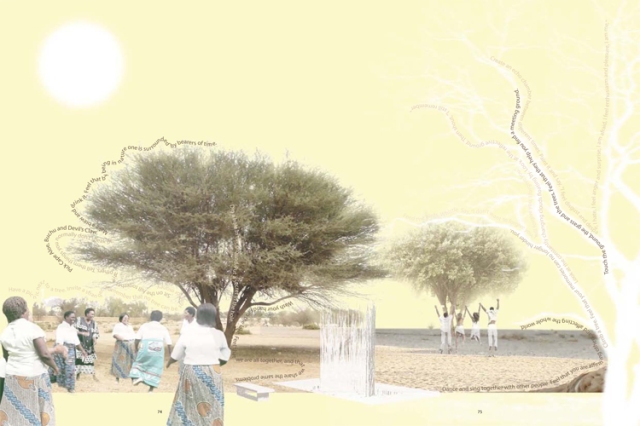 Creative cape Town  is a project concerned with the question of how Cape Town can reimagine its public spaces through design.

During a “Turn the Table” tour with Iain Harris of Coffeebeans Routes, Creative Cape Town, The Cape Town Partnership, the City of Cape Town and Tim Tompkins, President of Times Square Alliance had the opportunity to examine the city and its surrounds from a different perspective and discussed how public space can be better managed, designed and used by communities.

In this video of Cape Town’s they try to show what could happen with public spaces with a little shift in perspective.