Yesterday I watched the documentary “Torn” at the Venice by Alessandro Grassman who also gave us an introduction to the film and discussed the situation for Syrian refugees together with representatives from UNHCR and the violinist in the film. The event started with a short violin concert.

Even if the film had subtitles only in Italian I got the main story and message.

Watch it if your find it!

I hope it will be shown in every city possible – with subtitles. Gassmann, who filmed in Jordan and Lebanon on a film journey he calls “Art in time of war”, was deeply moved by the whole filming experience:

“In the refugee camps I visited, I saw fantastic dignity – human emotions are universal” 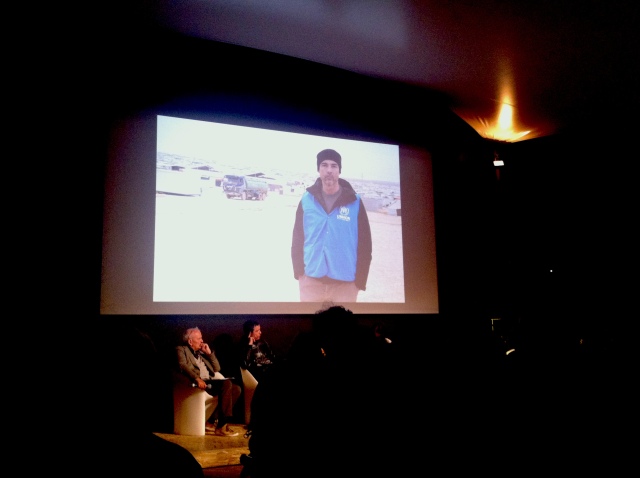